Discount campaign for visitors who bring a movie brochure extended to June 30 (Wed.)!

The discount campaign for visitors who bring a movie brochure has been extended to June 30 (Wed.)!
“Village-3 Miniature Set” used in the production of “Evangelion: 3.0+1.0 Thrice Upon a Time” is now on display! 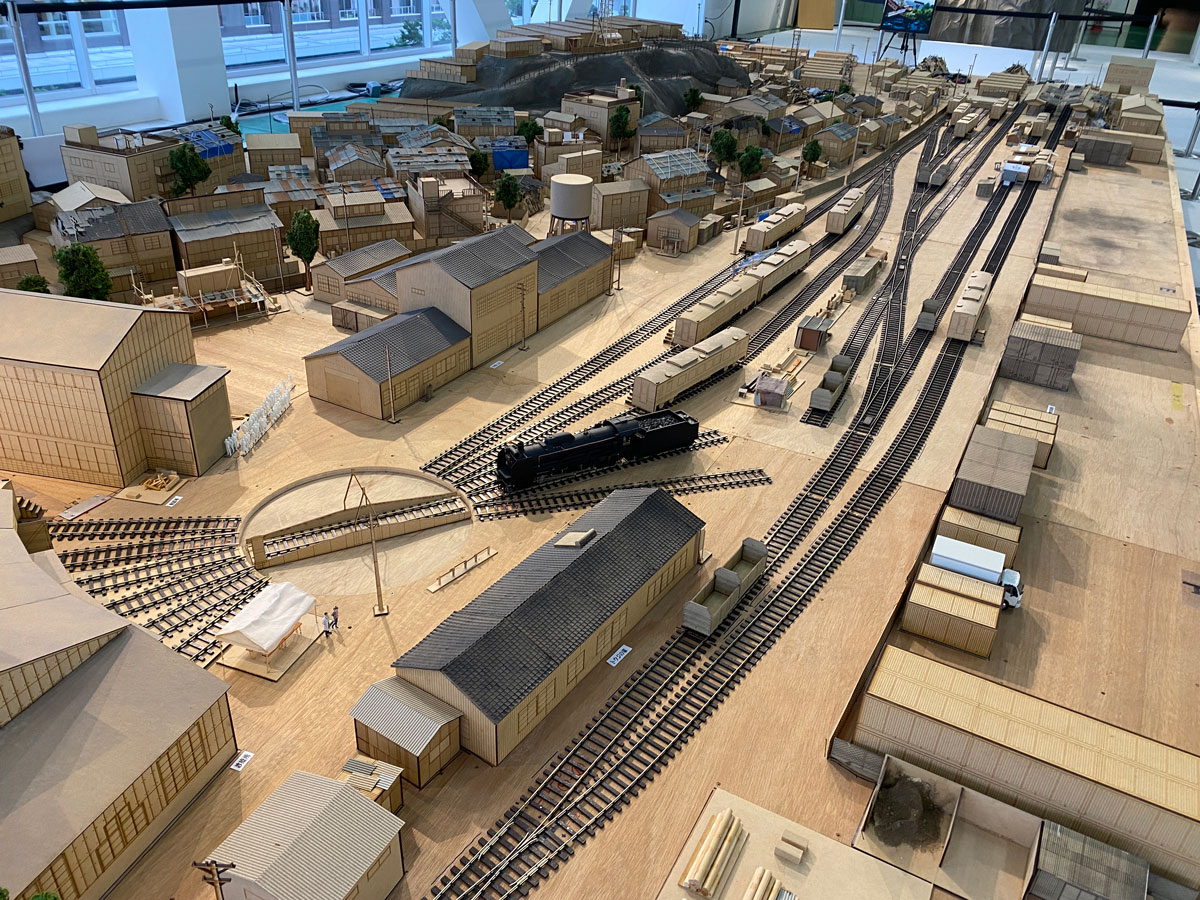 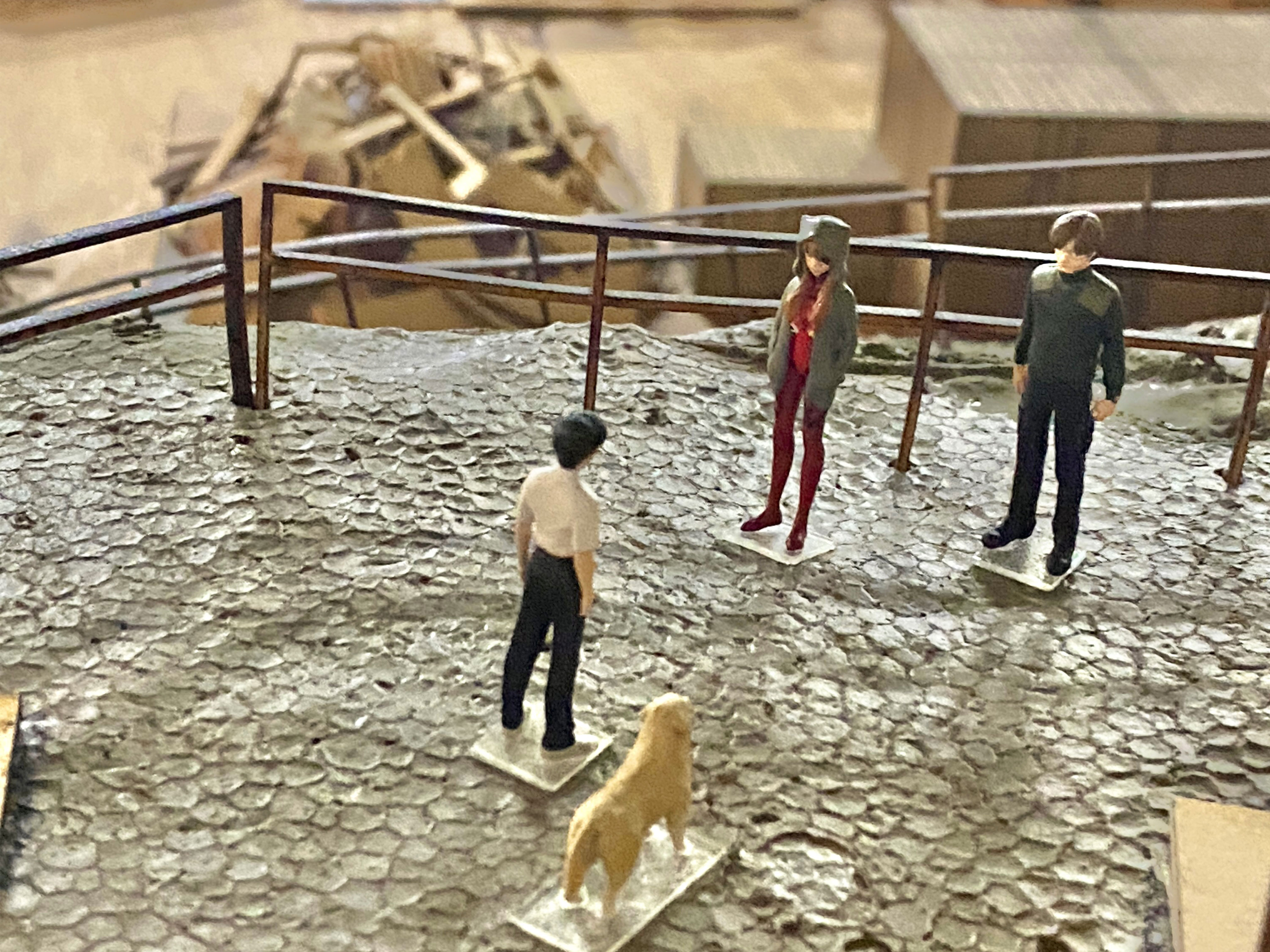 In celebration of the box-office success of “Evangelion: 3.0+1.0 Thrice Upon a Time”, “Village-3 Miniature Set” (created for the stage setting and screen layout check), which is the miniature set (1:45 scale) of “Village-3” that appears in the movie, is on display in the world’s largest indoor miniature theme park “SMALL WORLDS TOKYO” from April 10 (Sat.) to September 20 (Mon.).

We are holding a campaign where visitors who bring a movie brochure of “Evangelion: 3.0+1.0 Thrice Upon a Time” can enter SMALL WORLDS TOKYO for ¥1,000 to mark the display of “Village-3 Miniature Set”. However, due to the state of emergency declared by the Government and the Tokyo Metropolitan Government, the campaign period was extended.

*This discount also applies to one companion. *The discount is only available for walk-up tickets. It can’t be used together with other discounts.

■A precious exhibit item that was actually used in the production of “Evangelion: 3.0+1.0 Thrice Upon a Time” will be showcased for the first time! This exhibit item is a huge model, 9m in length by 4m in height. The central part of “Village-3” consists of wooden miniature sets.
The movie production staff filmed this miniature while looking for the best angles to use in the movie scenes. Based on the photos and videos of this miniature, they created the storyboard and previz, and drew the layout.
It is a precious miniature that helped to create scenes with a sense of presence and reality. You can take photos from the same angles as in the movie as well as from the angles you like.
Moreover, 1:45 scale figures of the characters from the movie were created using the 3D technology of SMALL WORLDS and set in the places featured in the movie.

In addition, the worldview of Evangelion is presented through the world of 1:80 scale moving miniatures in “Evangelion: Cage” Area and “Evangelion: Tokyo-III” Area created in the park.
You can see the miniature world where Evangelions launch and Tokyo-III goes up and down.


■Other privileges to celebrate the movie release

Photo spot where you can take photos with human-sized Evangelion!

There is a photo spot in Souvenir Shop on the 3rd floor where you can take photos with human-sized Evangelion.
It is an original figure based on 3D data of Evangelion Unit 01 used at SMALL WORLDS.
Moreover, winners selected by lottery from those who make a post on social media with the hashtags “#スモールワールズ” and “＃エヴァ” will get SMALL WORLDS original goods and free Admission Passports!
Take photos with your family members, your beloved one or while wearing cosplay and upload your favorite photo to social media.

Tumbler featuring Evangelion launch scene is on sale in Souvenir Shop on the 3rd floor.
Since it also comes with a one day free drink ticket, you can enjoy the world of Evangelion while sipping soft drinks.
In addition, if you pay for Evangelion collaboration products with FamiPay, you will get 10% discount & 20% point cash back!
Take this special opportunity to buy this tumbler and leisurely enjoy the 1:80 scale world.


■What is SMALL WORLDS TOKYO? It is a world that is close to you but can bring you to faraway places. A 1:80 world where you can encounter countless stories.
In this small world, a large rocket encompassed by smoke takes off and planes with engines rotating at full speed take off and land.
The scenery of the city changes from day to night as people riding on fingertip-size bicycles and cars go back and forth. And so a day goes by.
The meaningful stories created by your favorite heroine or protagonist and town residents in this small world bring warmth to us.
SMALL WORLDS TOKYO keeps upgrading every day with the state-of-the-art technology. Every day, we create another world where you can forget about your daily life and get excited.


■Thorough protective measures against COVID-19 “Fight back COVID-19” https://www.smallworlds.jp/en/news/fight-back-covid-19-2/
In order to let all visitors enjoy SMALL WORLDS TOKYO safely, we will take thorough protective measures against COVID-19 including taking temperature and asking to disinfect hands with alcohol during admission, setting contactless alcohol disinfectants and disposable gloves in display spaces and ventilating regularly.